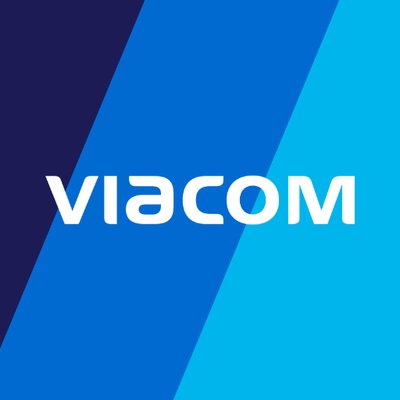 Parent company of the most viewed networks on television

Viacom is a leading global content company delivering entertainment across the globe through television, motion picture and digital media.

Viacom is a leading media conglomerate with an extensive portfolio of cable TV and film production assets. Its MTV Networks unit runs such cable networks as Comedy Central, Nickelodeon, and the family of MTV channels (MTV, MTV2, VH1). Viacom also owns Black Entertainment Television, which airs programming on BET, BET Gospel, and BET Hip Hop. In the film business, Viacom operates through Paramount Pictures, which includes imprints Paramount Pictures and Paramount Vantage. Viacom has a presence in more than 180 countries and territories primarily in the US (which accounts for 70% of sales), Europe, and Asia. In 2019, Viacom agreed to merge with CBS to compete against the onslaught of streaming competitors.

The New York-based company reaches audiences in more than 180 countries. It has offices in California, Florida, New York, and Tennessee, as well as international locations in Buenos Aires, London, Poland, and Hungary. The US contributes about 70% of Viacom's revenue.

Viacom markets through airlines and hotels, electronic sell-through, DVDs and Blu-rays, TVOD, pay television, SVOD, cable, and free television. The company does not have the broad complement of media assets that characterize integrated conglomerates such as Time Warner and Walt Disney, but the company still realizes some potential by integrating its TV and film businesses, such as through DVD sales and cross-promotion.

Viacom has struggled to attain consistent revenue growth over the last five years, with sales lingering around the $12.5-$13.8 billion mark.

In fiscal 2018 (ended September 30) the company's sales fell 2% to $12.9 billion, mostly due to a drop of sales in the Filmed Entertainment business.

A $285 million gain on the sale of EPIX reported in the prior year meant net income was 10% lower in 2018, coming in at $1.7 billion. It also incurred restructuring costs of $225 million in 2018. Underlying profitability improved as lower operating expenses, primarily in the Filmed Entertainment unit, boosted margins.

The merged Viacom and CBS -- to be called ViacomCBS -- would have more content assets under one roof to compete more effectively against Netflix and Disney's streaming service as well as AT&T, Verizon, and Comcast (owner of NBCUniversal) that have made content-related acquisitions. Viacom and CBS bet that their combined content (CBS brings its network, Showtime, and film and TV library) stands up against the assets of its rivals in the streaming battles on the horizon. Viacom and CBS had been part of the same company before splitting up in 2006. Both companies are controlled by National Amusements.

Before the merger, Viacom's strategy to boost stagnant business performance was three-fold: grow margins and market share in its core business; transition to next-gen platforms; and diversify its core business.

To sharpen its focus, it identified certain brands -- Nickelodeon, MTV, BET, Comedy Central, and Paramount Network -- as its key flagships that will receive a greater share of investment. The five have distinct brand propositions, serve a wide and diverse customer base with Viacom-owned content, and have multi-platform distribution potential. On the other hand, Viacom is scaling back its motion picture business to produce films with stronger targeting on particular audiences.

The transition to next-gen platforms includes moving into over-the-top streaming services, a la Netflix and Hulu. It acquired Pluto TV to monetize its content using an ad-supported, rather than subscription, streaming model. Pluto should remain free and will have the secondary benefit of funneling users to paid-for digital services. Viacom has ambitions to produce new content for sale to other streaming services, a goal it will support by setting up a $1 billion production studio.

To diversify its core business, Viacom is developing ways to bring its intellectual properties into physical space. Customers will be able to consume Viacom properties in new ways, such as thorough consumer products, live events, and experiences. Viacom set up a global studio production initiative to leverage its vast content library to produce new, first-run episodic content for third-party clients.

Viacom has been busy on the acquisition front as it transitions to a direct-to-consumer, internet-led distribution model.

In 2019 Viacom agreed to acquire Pluto TV, a Los Angeles-based ad-supported streaming service, for $340 million. It will use Pluto to monetize Viacom content on an ad-supported basis and push traffic to its paid-for digital services.