“The work is of the highest quality.”

“The unpredictable and long hours.”

Sidley Austin is a global powerhouse, with more than 2,000 lawyers across 20 offices. The firm boasts a long list of marquee clients in a range of industries, including banking, energy, health care, insurance, life sciences, and technology. The firm’s work in complex transactional and litigation matters is bolstered by exceptional regulatory experience, and the firm features many former officials from governmental agencies in the EU, U.S., and China. It is also where Barack and Michelle Obama met—a little glimpse into the caliber of lawyer the firm attracts.

Sidley traces its roots back to the 1866 founding of predecessor firm Williams & Thompson in Chicago. Historical clients of the firm that later became known as Sidley & Austin include former first lady Mary Todd Lincoln and the Western Union Telegraph Company, which developed into AT&T. Brown & Wood launched in 1914 and grew into a Wall Street institution. The modern firm was formed in 2001 when Sidley & Austin merged with Brown & Wood to become Sidley Austin Brown & Wood LLP, later shortened to just Sidley Austin LLP.

The firm is well known for its Supreme Court and Appellate practice, which is ranked among the top 20 in Vault’s Practice Area rankings. Sidley lawyers have briefed more than 220 Supreme Court cases on the merits and argued more than 100 cases before SCOTUS. They have also had a hand in nearly 600 cases in federal appellate courts since 1985. The firm needs both hands to count how many times it has been named to The National Law Journal’s “Appellate Hot List.”

In recent years, Sidley has made a strong play to expand its private equity, M&A, and broader corporate capabilities across multiple markets, including New York, London, Dallas, Houston, Los Angeles, Munich, and Singapore. Since early 2016, the firm has added dozens of partners and associates to its M&A and private equity practices in Europe. The firm’s M&A and private equity portfolio currently exceeds $300 million, with more than $100 million in private equity matters today. Last year, Sidley advised on deals worth a combined value of $166 billion—nearly double the value in 2017.

Lawyers at Sidley take a break from billables to make a positive impact on the world. Led by a robust pro bono program, the firm provides services to those who are unable to afford legal representation, from immigrants seeking asylum and victims of domestic violence to disabled veterans and local enterprises in developing countries. As part of its Social Responsibility program the firm provides charitable donations to various organizations. In addition, lawyers and staff at the firm log hours volunteering. And the firm keeps an eye on growth, expanding its efforts each year. From mentoring students to supporting food pantries and shelters, the firm works to contribute to its local communities.

Sidley is regularly recognized as a leading law firm for gender diversity. Recent examples include being named to Working Mother magazine’s annual list of the “Best Law Firms for Women” for the tenth year; receiving the honor of “Outstanding Firm in Advancing Gender Diversity and Inclusion” at the 2018 Chambers Women in Law Awards: USA; and being awarded Gold Standard Certification for the seventh time by the Women in Law Empowerment Forum.

Sidley once again was named a 2019 LearningElite organization by Chief Learning Officer magazine. This award recognizes organizations that employ exemplary workforce development strategies that deliver significant business results. Sidley has received this prestigious honor every year since the award’s inception in 2011 and remains the only law firm to have earned the LearningElite recognition. The firm ranked No. 21 out of 57 organizations on the 2019 list, placing it in the top-level Gold band for the fifth consecutive year.

Sidley defended DIRECTV against the Federal Trade Commission in a lawsuit alleging deceptive advertising conduct and alleged violations of the Restore Online Shoppers Confidence Act and seeking injunctive and monetary relief of $4 billion. The district court granted in part DIRECTV’s motion for judgment on partial findings after the FTC rested case-in-chief, and the FTC dismissed the case with prejudice. The matter was recognized as a significant victory by The Wall Street Journal, Law360, and the Daily Journal as a “Top Verdict” of 2018.

Sidley represented Pandora Media, Inc. in its sale to Sirius XM Holdings for $3.5 billion, which will combine the world’s leading satellite radio company with the leading U.S. internet radio company. The transaction and firm’s role were noted by a number of media outlets, including the Daily Journal, Law360, The Recorder, Pitchbook, Bloomberg Big Law Business, RadioWorld, and The Deal, among others. 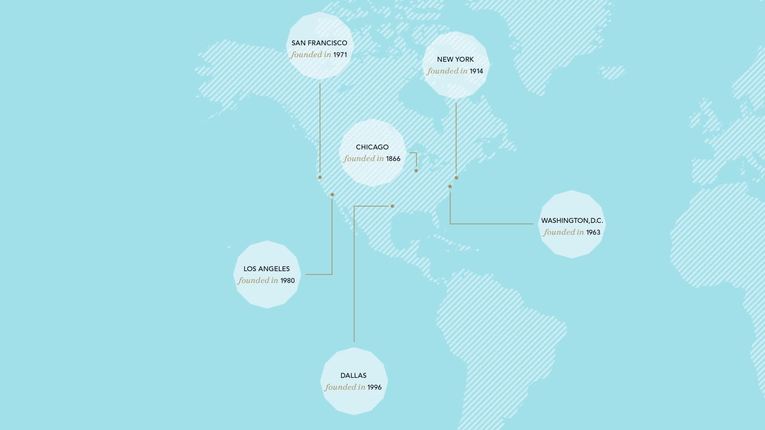