“Brilliant colleagues who treat each other with the utmost professionalism and respect.”

“Working at a prestigious firm such as Davis Polk will open up many doors down the road.”

“Promotion is a black box.”

Davis Polk was founded by Francis Bangs in 1849, making it one of the oldest law firms in the United States. Bangs’ successor, Francis Stetson, was quick to recognize the growing importance of corporate work. In 1887, banker and industrialist John Pierpont Morgan selected Stetson for his chief counsel—the firm helped Morgan restructure the Pennsylvania Railroad and create General Electric. Morgan’s businesses, in their modern-day incarnations—JPMorgan Chase and Morgan Stanley—have remained firm clients. Over the course of many decades, the firm has built relationships with a host of other financial institutions and corporations across the country and around the world.

One firm reigns as king atop both Vault’s Banking & Financial Services ranking and Securities/Capital Markets ranking: Davis Polk. The firm clinched the No. 1 spot in both areas in 2015 and has held tight since. DPW’s Capital Markets group has significant experience handling IPOs and high-yield and investment grade debt offerings, while its Financial Institutions group advises on a range of matters from M&A to compliance to Dodd-Frank and financial services regulatory reform.

The firm’s strong transactional practices are complemented by its top-notch litigation work. Davis Polk is a regular in the top 10 of Vault’s Securities Litigation ranking and is among the top tier of Chambers’, The Legal 500’s, and Benchmark Litigation’s rankings—and for good reason. The firm regularly handles some of the most complex securities litigation around. Davis Polk recently won multiple victories—including the outright dismissal of one action—in first-of-its-kind cryptocurrency securities litigation against the Tezos Foundation, and ultimately successfully resolved the litigation. The firm is also widely recognized for its White Collar Criminal Defense group, which handles everything from anti-money laundering and FCPA matters to FCA/qui tam and insider trading, plus much more.

Davis Polk has extensive experience in cross-border work, with ample international reach. The firm has had roots in Europe for more than 50 years, opening its Paris office in 1962, followed by its London office in 1973 and its Madrid office in 2001. A few decades later, the firm set its sights on Asia, opening its Tokyo office in 1987. A Hong Kong office followed in 1993, and in 2007, the firm opened an office in Beijing. The firm’s seventh international office, in São Paulo, opened in 2011. DPW’s lawyers practice U.S., U.K., Hong Kong, and French law. 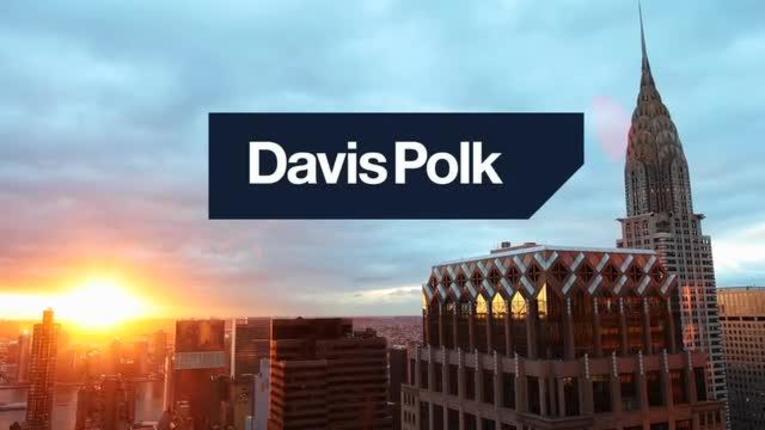 No. of International Offices: 7