Would You 'Take a Knee' If Trump's Words Were Directed at You and Your Job? 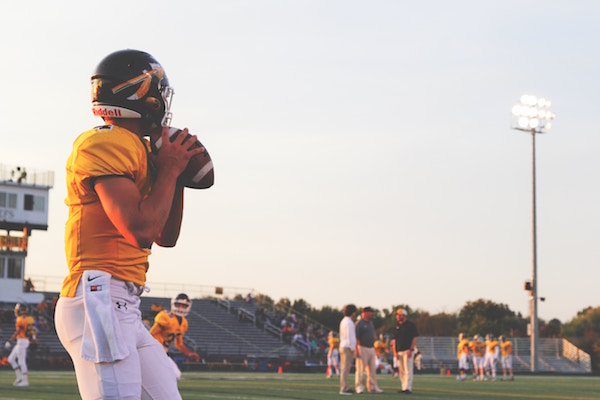 Donald Trump doesn't discriminate. Not when it comes to whom he insults. During his campaign and nine months in office, he has insulted, among other groups, men and women, Democrats and Republicans, the abled and disabled, Caucasians and African-Americans, Catholics and Muslims, Popes and Prime Ministers, those who voted for him and those who didn’t, and, most recently, professional basketball players and professional football players.

As for that last group, when Trump shouted the following at a rally in Alabama this past Friday …

.. I immediately wondered, among other things, 'Did Trump just dare employees and employers of the National Football League to give him power over their jobs, careers, and companies? And if, in any way, shape, or form, they don’t come out against his harsh words, then aren’t they, in essence, giving him that power?'

In other words, 'Did Trump just try to bully the players, coaches, and owners of the National Football League?'

Unsurprisingly, Trump couldn’t let it go with the Alabama rally. Throughout the weekend, he tweeted, by my count, 12 times about the NFL. Here are the first two of his NFL-related tweets from the past few days:

If a player wants the privilege of making millions of dollars in the NFL,or other leagues, he or she should not be allowed to disrespect...

…our Great American Flag (or Country) and should stand for the National Anthem. If not, YOU'RE FIRED. Find something else to do!

Perhaps most telling and notable in the whole #TakeAKnee weekend across the NFL and social media accounts nationwide was not that Donald Trump doesn’t seem to understand why the knee-taking started in the first place (here’s a brilliant New Yorker piece on that; hint: the poor state of race relations in the U.S.) but that numerous Trump supporters and people opposed to the Colin Kaepernick national anthem demonstrations spoke out, very publicly, against Trump and his ugly words.

Included in that group were a couple of Patriots named Brady and Kraft, in addition to nationally renowned Tuesdays with Morrie sportswriter Mitch Albom, who's previously written against the take a knee demonstrations and in support of the 45th President. Here’s Albom in his latest Detroit Free Press column.

But the flag wasn’t front and center Sunday. Words were. Words like “son of a bitch” and “fired.” And if we’re being honest, most of us wouldn’t want those words associated with us at our jobs, and certainly not from the highest office in the land.

Correct. Most of us wouldn’t. At least, I hope we wouldn’t stand for that type of language at our jobs. Would we? Could we?

Given the events that transpired and the words exchanged (mostly via Twitter) before, during, and immediately after last weekend’s NFL national anthem protests, it's perhaps not all that far-fetched that, if the NFL and its players, coaches, and owners have been targeted by Trump, then other industries and professionals could someday soon also be the targets of a presidential harangue and tweetstorm. What if Trump were to target Silicon Valley (the tech industry)? Or Wall Street (he's turned against his own before)? Or the students and faculty at a certain university? What if he called for mass firings at a certain corporation if its employees didn't do X, Y, or Z?

This is why I wondered, after so many of Trump’s opponents and supporters alike locked arms and/or took knees this past Sunday, 'Were they doing so to speak out against racial discrimination and police brutality (how Kaepernick's knee-taking started)? Were they doing so to protect against their own jobs and careers (to protect against Trump getting that aforementioned power over them)? And/or was it possible that some were also doing so for millions of other Americans who could be the next targets of the 45th President?

And even if not, even if that wasn't any single player's or owner's intention, did those locked arms and turfed knees perhaps unknowingly inspire others in other industries and professions, giving them the courage, if and when the time comes, to also take a knee?

Of course, time will tell who'll be the target of the president's next invective and rapid succession of fiery tweets. And if the first quarter of Trump's four-year term is any indication of what's to come in the next three quarters, it's almost certain that there'll be many more targets, as well as many more insulting tweets.

Which Top Firms Responded to Trump's Immigration Ban and Which Didn't?

Is Trump's Victory a Setback for Women's Rights in the Workplace?

What Is a 'Superboss' and Why Is Donald Trump Not One?
Filed Under: General Articles|Workplace Issues Tags: donald trump|nfl|politics|sports|twitter