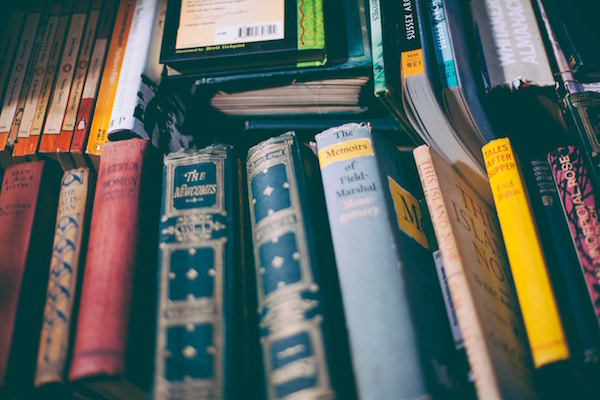 What does it take to be a successful CEO? A recent survey by Fast Company suggests that the answer could be a well-lined bookshelf. That is, the survey found that CEOs read an average of 60 books a year, or five books a month.

One well-known chief executive and bibliophile is the investing guru Warren Buffett, who reads an astounding 500 pages a day. Buffett partly attributes his success to his voracious reading habit and encourages others to incorporate reading into their daily routines, saying: "Read 500 pages like this every day. That’s how knowledge works. It builds up, like compound interest."

Another CEO who's always reading is Oprah Winfrey. “What I know for sure is that reading opens you up,” she says. “It exposes you and gives you access to anything your mind can hold. What I love most about reading—it gives you the ability to reach higher ground.”

If you're feeling inspired to hit up your local library, here are 10 books suggested by prominent CEOs:

1. The Intelligent Investor: The Definitive Book on Value Investing by Benjamin Graham

This is the number one book that Warren Buffett recommends reading. Buffett picked up this book when he was nineteen, and he credits it with giving him the tools that led him to become a successful investor.

2. The Design of Everyday Things by Don Norman

Former Yahoo! CEO Marissa Mayer lists this book that melds psychology with design as one of the most impressive she has read.

3. The Catcher in the Rye by J.D. Salinger

I never considered myself to have much in common with Bill Gates, but it turns out we share the same favorite book! The Catcher in the Rye has been Gates' favorite book since he first read it at the age of 13.

4. The Brothers Karamazov by Fyodor Dostoyevsky

5. The Score Takes Care of Itself: My Philosophy of Leadership by Bill Walsh, Steve Jamison and Craig Walsh

Drew Houston latched onto Bill Walsh’s coaching philosophy when he founded Dropbox. “If we take care of our inner scorecard, the outer scorecard will take care of itself," says Houston.

6. The Aeneid by Virgil

Facebook CEO Mark Zuckerberg’s fondness for this Latin epic is so great that Facebook staff members report that he has quoted lines from the book at product meetings. One of his favorite lines: “Fortune favors the bold.”

Facebook COO Sheryl Sandberg has named Bossypants one of the best books she’s read, calling it hilarious as well as important.

8. The Road to Character by David Brooks

Pepsi CEO Indra Nooyi credits The Road to Character with sparking a conversation about the importance of inner character with her two young daughters.

9. The Happiness Advantage by Shawn Achor

Melanie Whelan says, “SoulCycle is and always has been an inherently positive experience and one of the things Achor’s book validated for us is that a meaningful commitment to employee well-being is a huge part of why we’re successful.”

10. Blink: The Power of Thinking Without Thinking by Malcolm Gladwell

Lockheed Martin CEO Marillyn Hewson recognizes this work that examines the strengths and weaknesses of the adaptive unconscious with teaching her to rely on her business instincts.

A version of this post previously appeared on Fairygodboss, which helps women get the inside scoop on pay, corporate culture, benefits, and work flexibility. Founded in 2015, Fairygodboss offers company ratings, job listings, discussion boards, and career advice.